Sickle cell disease has a high prevalence in India, especially in the central and the northeastern regions. The major clinical manifestation among homozygotes in India is vaso-occlusion with the highest incidence during monsoon season.2

A 24-year-old male patient with 3 days’ history of fever was brought dead to the hospital. Only significant findings reported on postmortem were fluid in the pleural cavity and frothy, blood-tinged exudate from lungs.

Gross: Organs received were heart, part of brain, parts of both kidneys, part of liver with attached flap of diaphragm, and part of both lungs, none of which showed any gross pathology. Spleen was enlarged in size measuring 11.5 × 8.0 × 3.0 cm, weighing 250 gm, and showed thickened capsule (Fig. 1).

Sinusoids and blood vessels in the liver were congested and clogged with sickled RBCs. Hepatocytes showed ballooning degeneration in some lobules (Fig. 3). 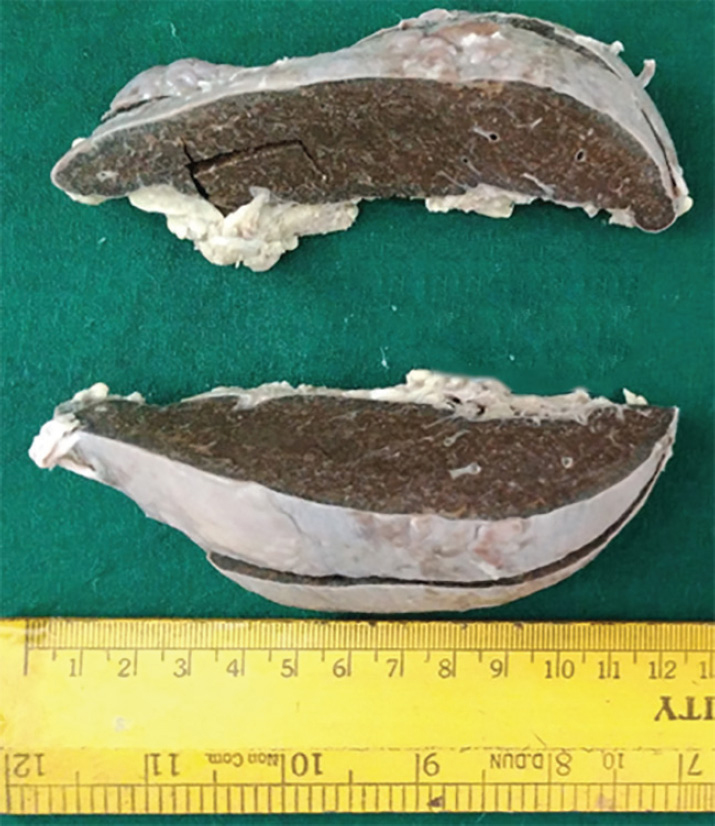 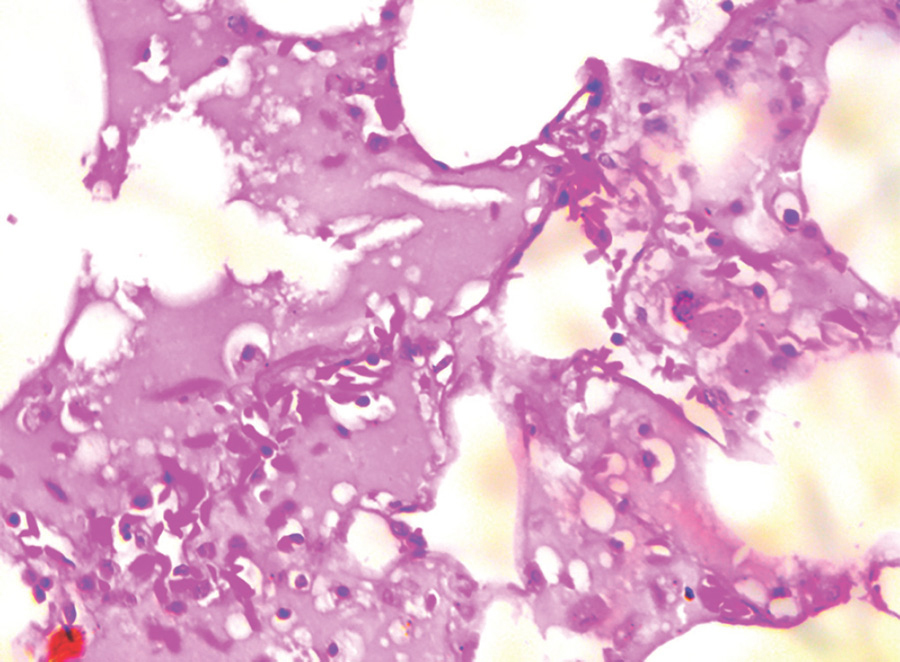 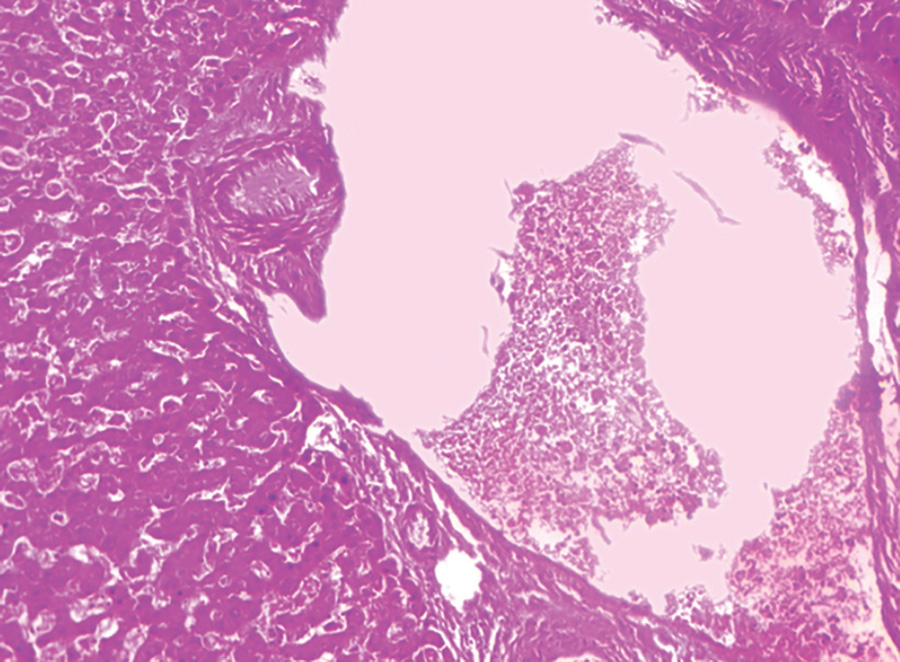 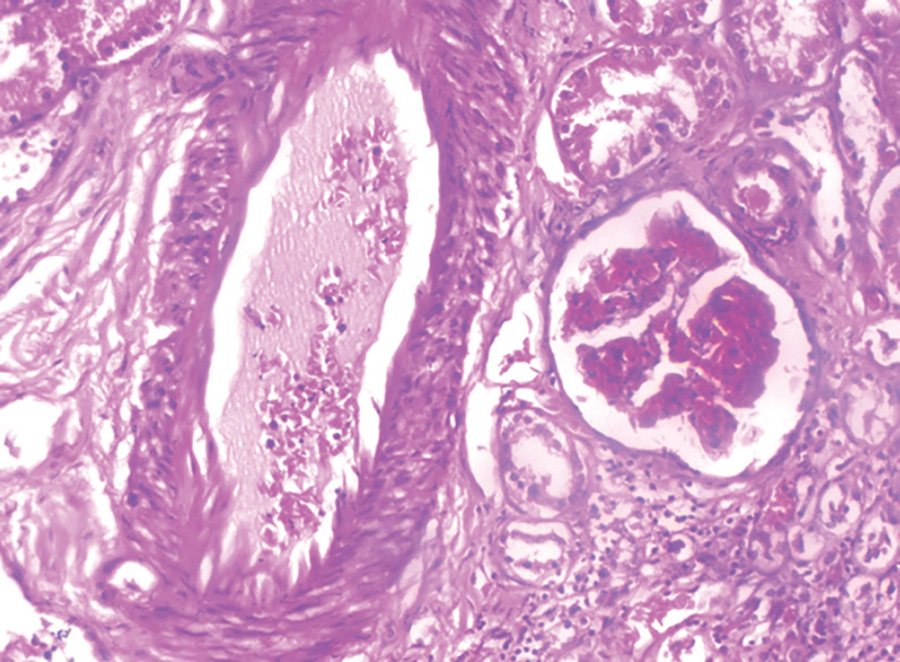 Sickled RBCs were seen clogging the capillaries of myocardium and brain (Figs 6 and 7). Similar morphology was also noted in the diaphragm. 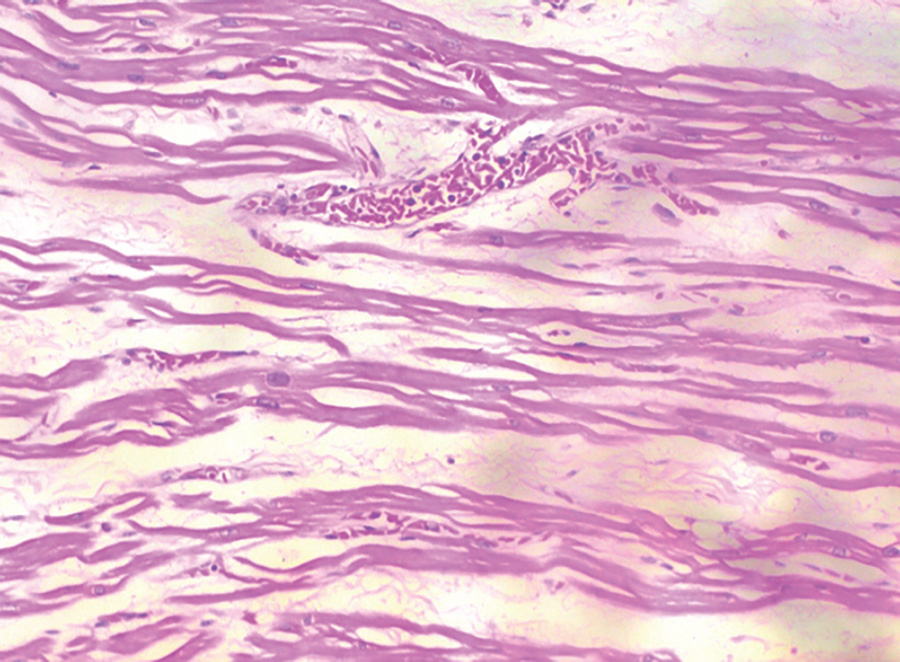 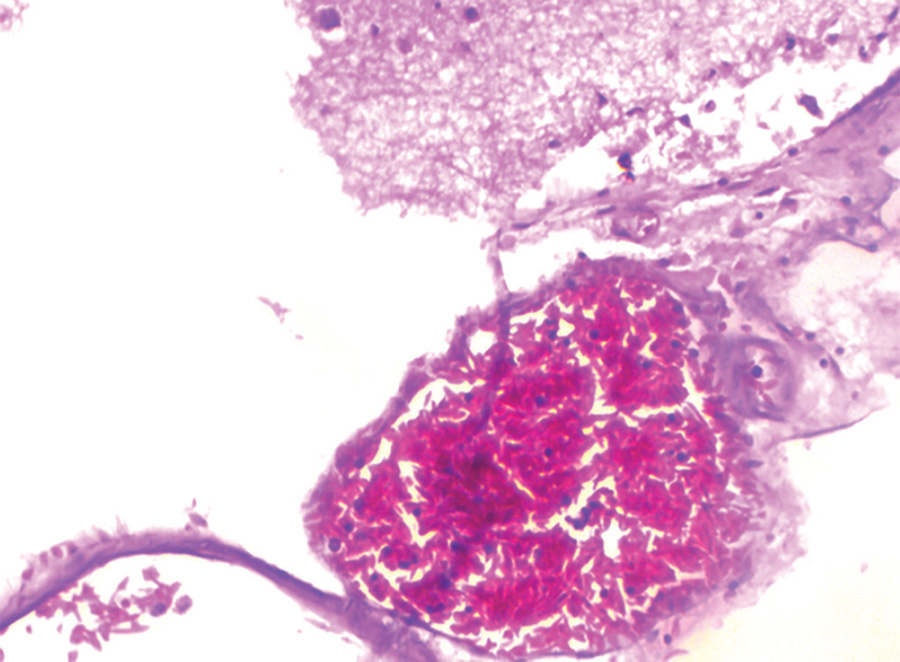 Correlating the above histologic findings with the circumstances of death, an autopsy diagnosis of sickle cell disease was made.

Sickle hemoglobin is highly prevalent in India, particularly among the tribals of central and northeastern states which fall in the sickle cell belt. Sickle cell disease is one of the most common monogenic disorders globally with an autosomal recessive inheritance. The primary pathophysiology is based on the polymerization of deoxy hemoglobin (Hb)S with formation of long fibers within RBCs causing a distorted sickle shape, which eventually leads to increased hemolysis and vaso-occlusion of sickle red cells. However, the clinical presentation of sickle cell disease patient is extremely variable, and there are several events that may trigger vaso-occlusion, red cell dehydration, and inflammatory events.3,4

Hypoxia due to exertion induces a chain of events in a person with sickle cell anemia that causes sickling, leading to vascular occlusion potentiating hypoxia and culminating in sudden death. Similarly, infections, fever, anxiety, abrupt changes in body temperature, or hypertonic dyes are precipitating factors for sickle cell crisis. But in many cases, no cause is obvious.4

The common clinical presentation in India is splenomegaly, which is a characteristic feature due to reticuloendothelial hyperplasia secondary to increased red cell destruction. Tendency for increasing splenic size is also associated with higher HbF.5,6

Our patient had a short history of fever lasting for 3 days and was brought dead to our hospital. This fits the description of sickle cell crisis. Differentiating whether the sickling occurred in antemortem or postmortem period is difficult as many of these processes with hypoxia and acidosis do occur during the perimortem period causing intravascular sickling like that in sickle cell disease.4

Sickle cell crisis is one of the causes of sudden unexplained death. Manifestations of sickle cell disease in Indian population are milder, predominantly because of high HbF levels. This characterizes the late age of presentation, more asymptomatic patients, less frequency of vaso-occlusive crisis, and low mortality. Hence, most of the patients remain undiagnosed. It is important to note the circumstances of death, gross finding, histopathology, and hemoglobin electrophoresis during autopsy. This case is presented here to highlight this fact and draw attention to its pathology.

The authors would like to thank the Department of Forensic Medicine and Toxicology, RajaRajeswari Medical College & Hospital, Bengaluru, Karnataka, India.