Undescended testis in children is a common condition in a daycare setting. It presents clinically either as palpable or non-palpable, although the former is more common. The two children whom we came across presented with non-palpable testis, were incidentally found to have unilateral hydronephrosis. In both the children, the testis was reported to be in the iliac fossa near the deep inguinal ring on ultrasound. However, the palpation of cord structure with a vaguely palpable flabby scrotal content prompted to do an open orchidopexy in both of them, citing a possibility of a nubbin. During gubernacular dissection, in one child, the vas was found looping beyond the superficial inguinal ring and when traced cranially led to the testis popping out from the deep ring. In the other child, the testis was found in the inguinal canal with vas looping distal to it. It is important at this point to bear in mind this variation to prevent accidentally transecting the vas while dividing the gubernaculum.

The present finding of unilateral undescended testis association with hydronephrosis and vasal anomaly is not reported in the literature to date.

Two children aged 5 years and 12 years presented to the outpatient department, with unilateral palpable testis in the latter and palpable cord structures with some flabby intrascrotal content in the former. In both the children, ultrasound reported unilateral hydronephrosis on the ipsilateral side in the younger child and on the contralateral side in the older child in whom pyeloplasty was indicated and was planned in the same sitting.

Open orchidopexy was planned in both the children through an inguinal skin crease incision, the canal was opened and the cord structures were identified. In the younger child, a drag on its distal end to retrieve the testis revealed only the gubernaculum (Fig. 1), however, the testis appeared from the deep inguinal ring when traction was applied proximally. Intervening structures between the testis and gubernaculum were then identified as a long looping vas, taking off from the testis distally toward the gubernaculum and then looping back proximally toward the deep ring (Fig. 2). In the older child, the testis was in the inguinal canal and while dissecting distally to release the gubernaculum, vas was found doubling back toward the deep ring with the gubernaculum attached to the most descended segment of the loop of the vas. In the older child, the gubernacular attachment to the vas was left unsevered and the processus vaginalis was freed from the vas proximal to the testis. Testis was then delivered into the scrotum and secured intrascrotally, through a separate scrotal wound. 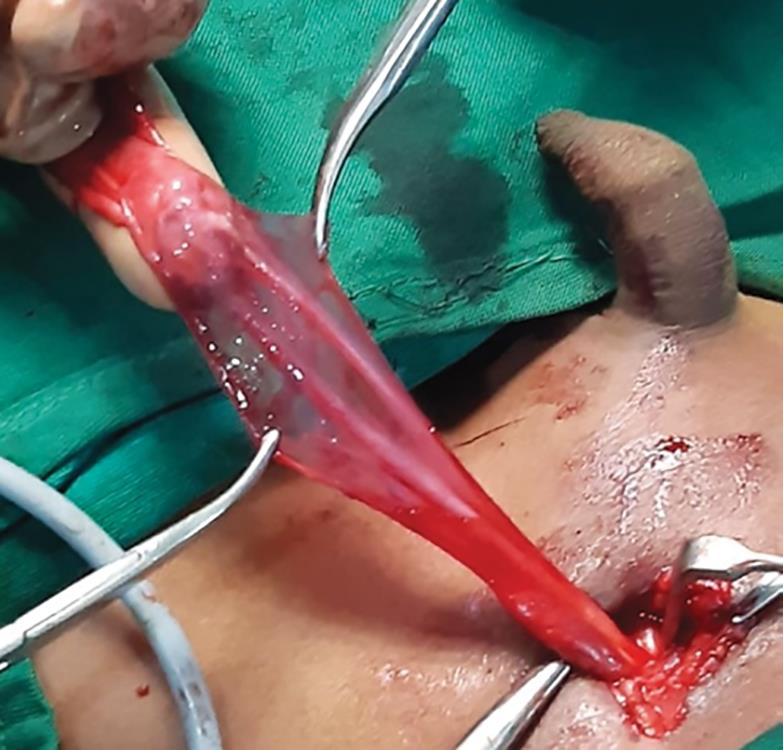 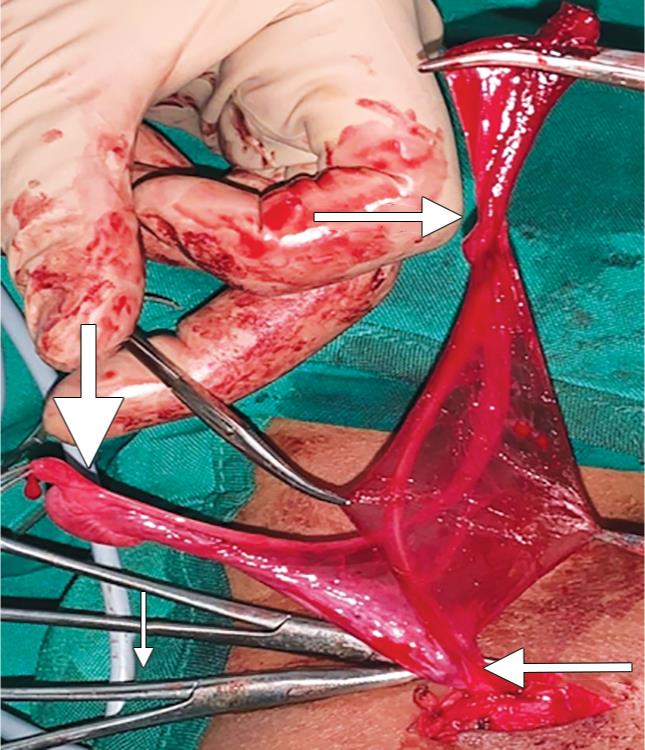 Among the vaso epididymal anomalies associated with cryptorchidism, isolated epididymal anomalies, testicular epididymal junction anomalies reportedly range between 32% and 72%,2,3 and are commoner compared with isolated vasal anomalies. Vasal anomalies reported so far include the absence of vas, vasal duplication, and long looping vas. These associations are common in the presence of bilateral undescended situations.3 The coexistence of unilateral undescended testis and long loop vas with hydronephrosis observed in these two children has not been reported so far.

It is important to bear in mind the presence of the vasal anomaly (like long looping vas) during gubernacular dissection, to avoid accidental transection of vas distal to the testis.4 Since the testis derives its blood supply from the cremasteric artery and artery to the deferens, it is pertinent to spare the gubernacular dissection in these situations, to avoid the risk of testicular atrophy resulting from excessive dissection.5,6

Considering the rarity of this condition, it is better to be vigilant of these occurrences to avoid unexpected morbid consequences.