Analysis of Trends of Fever in the Field Practice Area of a Tertiary Care Hospital, Bengaluru: A Retrospective Data Review

Background: Fever is the most common presentation of vector-borne diseases. Fever of undetermined origin is also most often caused by an unusual manifestation of a common disease and is a huge public health problem affecting most people in the developing world. Primary objective of this study was to study the seasonal variations and trend analysis of patients with fever in a rural health training center of a tertiary care hospital in South Bengaluru, Karnataka.

Materials and methods: A retrospective descriptive record-based analysis of patients with fever was conducted in a rural health training center of a tertiary care hospital, Bengaluru, from January 2019 to September 2019. The trends of fever were analyzed in each village respectively by the method of least squares, linear equation after entering into MS Excel sheet.

Conclusion: The number of patients with fever showed a downward and upward trend swings during the study period. Implementation of health education regarding the prevention of the vector-borne diseases is warranted. It emphasizes the importance of visiting a healthcare center in case of a fever. The study will give a better insight into the epidemiology of febrile illnesses. This will further help the health planners to allocate the resources in the most appropriate way.

Fever or pyrexia is a physiological disorder in which temperature is risen above homeostasis condition. Febrile illness is the most common public health problem affecting most people in developing world. Having a fever is a sign that something out of the ordinary is going on inside the body.

Various infectious diseases are caused due to virus and bacteria. Fever results due to the action on cerebral-regulating centers by substances which are released by the damaged cells which in turn causes elevation of the body temperature.1 Some pathogenic microorganisms do not show any pyrogens.

When fever presents without localizing features, this becomes a major problem to the healthcare workers and the health system.2 Therefore, it is important to understand fever and febrile response, as it is vital for the diagnosis, treatment, and follow-up of various diseases. This helps in identifying the trends timely, thus interventional strategies can be implemented accordingly.

A descriptive study was conducted in field practice area of a tertiary care hospital, Bengaluru. Three villages were under this health center, namely Huluvenahalli, Chunchanakuppe, and Kolur. After obtaining the permissions from the concerned authorities, the records of the outpatient department (OPD) patients were taken and a retrospective record review was conducted. Patients with fever who reported to the center were analyzed from January 2019 to September 2019. All the patients were aged above 18 years.

A total of 10,627 visited the OPD. Out of which, 5,114 patients were reported of fever. Patients with fever were subjected to investigations for Venereal Disease Research Laboratory (VDRL), hepatitis B surface antigen (HbsAg), and blood smear tests for malaria parasite, Widal test, urine routine, sputum microscopy, and platelet count. The trends were analyzed in each village by the linear equation. The data were analyzed using MS Excel sheet. The trends of fever were analyzed in each village by using the time series analysis: method least squares, by using the linear equation (Y = a + bX).

The secular trend line (Y) is defined as: Y = a + bX, where Y is the predicted value of the dependent variable, a is the Y-axis intercept [the height of the line above origin (when X = 0, Y = a)], b is the slope of the line (the rate of change in Y for a given change in X), and X is the independent variable (in this case, it is time).

To estimate the constants a and b, the following two equations have to be solved simultaneously:

. In this case, the above two normal equations will be as follows: 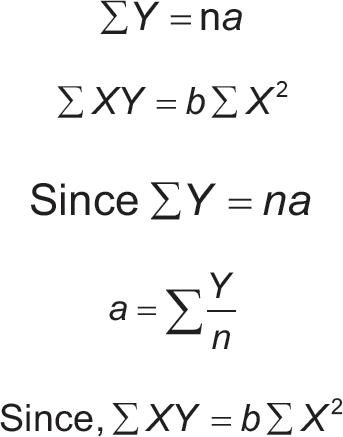 In Figure 2, gender-wise distribution of patients with fever depicts that 59.8% are males and 40.2% are females.

The record based data showed that out of 5,114 patients with fever, majority were observed in August 2019 (12.29%) and September 2019 (12.33%). The seasonal pattern should alarm the clinicians to consider malaria and dengue, which are observed during monsoon season and postmonsoon season.5 The blood smears tested were observed almost throughout the study duration. This was the same during the year 2018. A similar analysis from a healthcare center in Rajasthan showed both dengue and malaria follow the same seasonal pattern in 2 years.6 There were a greater number of male patients (59.8%) compared with that of female patients (40.2%) in the current study.7 Similarly in the study done by Jain8 also showed male patients were more than female patients. Fever being the most common presentation in the current study. A study was done by Mohan et al.,9 where fever being the most common symptom. In the current study, gastrointestinal symptoms were observed, of which abdomen pain and nausea/vomiting were commonly observed in the study population. This was observed in a similar study done by Jain,8 where gastrointestinal symptoms were more prevalent, of which abdominal pain was present in 42.5% and nausea/vomiting in 28.7% of the study population. In the present study, patients with dengue were observed in the month of July, August, and September with 0.8, 0.9, and 0.6%. A similar study done by Kumar et al.10 showed that maximum number patients with dengue were examined in the months of August and September. Early evaluation of the febrile traveler, a high degree of suspicion of malaria,11,12 rapid and accurate diagnosis, and appropriate antimalarial therapy are essential for the patient’s recovery. The overall proportion of patients with fever showed an upward and downward trend. Similar results were observed by the study done by Sharma et al.13 The female attendance for seeking healthcare with fever as a chief complaint observed an upward trend. 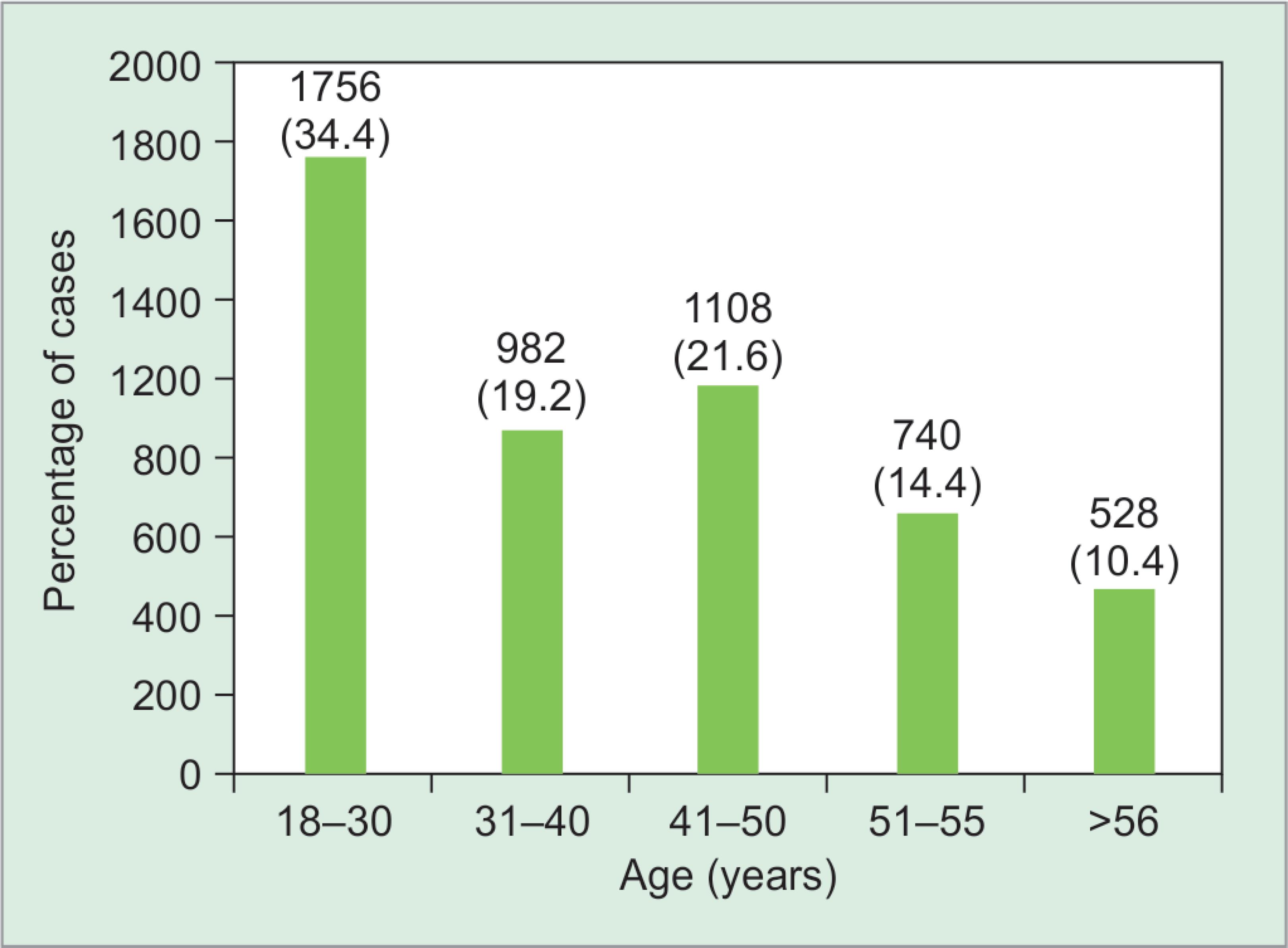 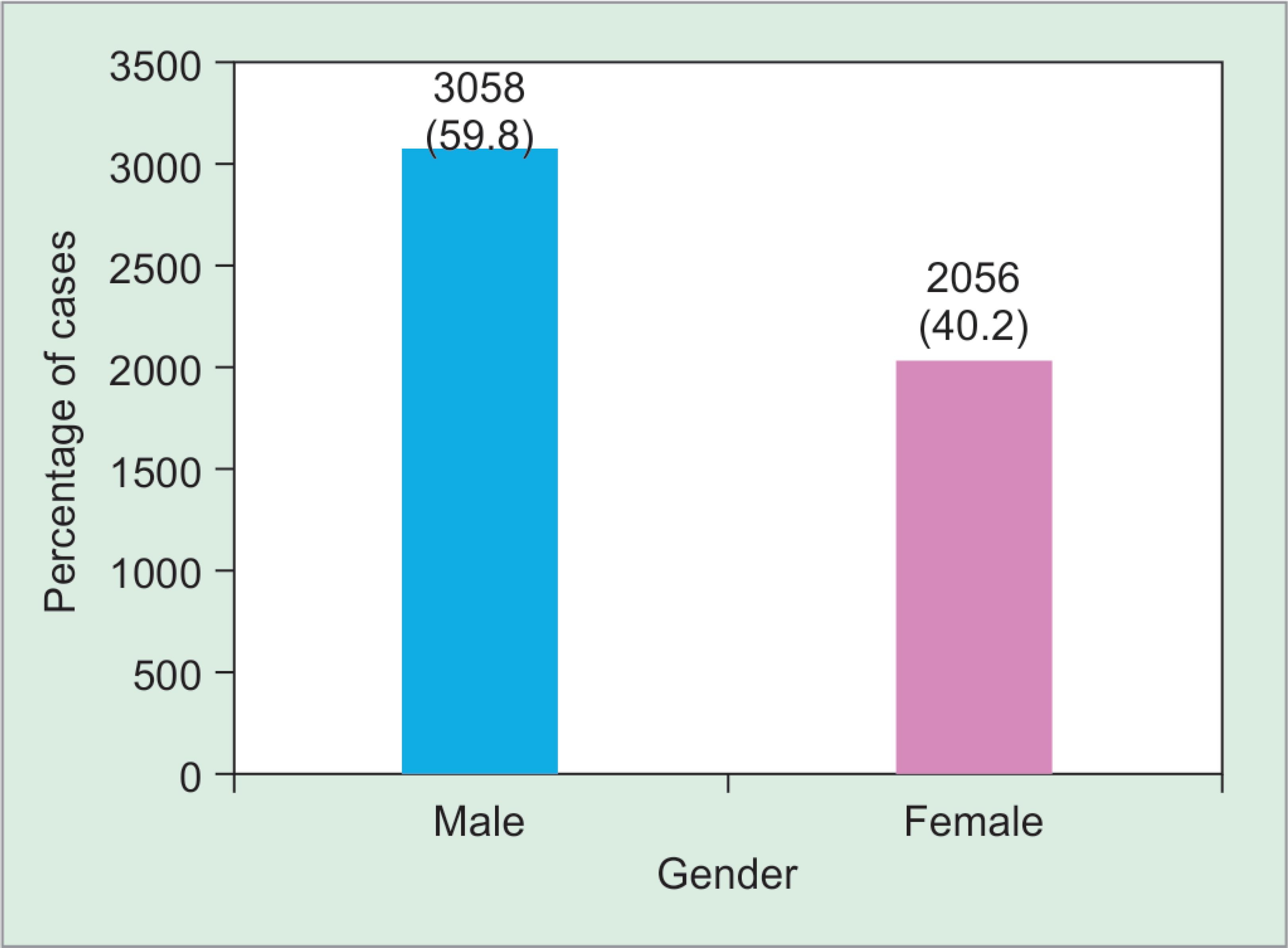 The burden of various diseases (emerging and re-emerging) could be reduced if we take measure to detect the changes in the trend through the implementation of the surveillance programs in the country. These programs have been implemented in other countries.

It was observed that the number of patients with fever showed downward and upward trend swings during this study period of January 2019 to September 2019. It is necessary to conduct further studies over a longer period of time to look for seasonal and cyclical variations in the occurrences of different patients with fever to institute preventive and control measures.

The healthcare system needs to be strengthened to study the seasonal variations of the diseases over a long period of time. This will further help the health planners to allocate the resources in the most appropriate way. 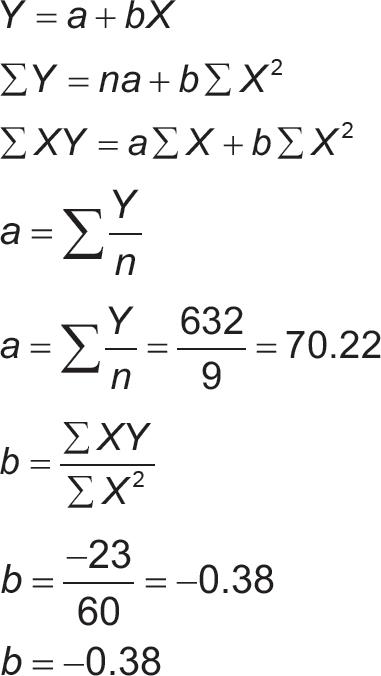 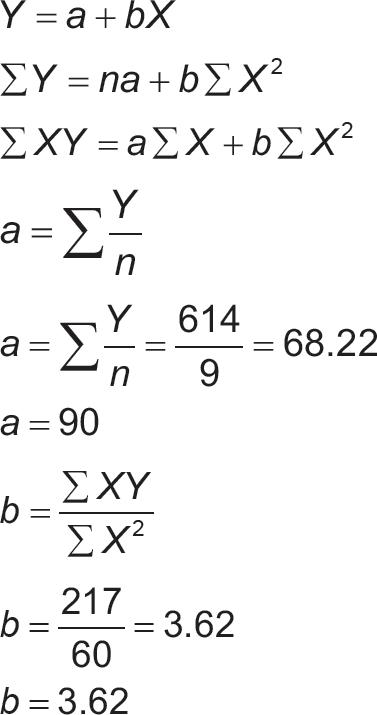 Fig. 4: Trends of fever in villages

12. Committee to Advise on Tropical Medicine and Travel (CATMAT). Canadian recommendations for the prevention and treatment of malaria among international travelers 2000. Can Commun Dis Rep 2000;26(S2):1–42.