The introduction of foreign bodies into the rectum dates back to 16th century.1 When featured in the literature, it has been typically discussed in medical subdisciplines, such as surgery, gastroenterology, emergency medicine, and urology. However, in-depth exploration of this multidimensional phenomenon in the field of psychiatry has thus far been limited.2

Polyembolokoilamania, inserting foreign bodies into orifices, is a rare disorder, and rectal insertions happen mostly due to erotic activity.3 Various objects that have been inserted into the rectum include bottle, bones, seeds, carrots, vessel jar, lemon, and thermometer.2 Insertion of foreign bodies in psychiatric patients reported in the literature4 is associated with psychiatric disorders such as schizophrenia, either due to delusional beliefs or in response to command hallucinations.2,4 Foreign object insertion in psychotic patients is highly repetitive behavior.2 In addition, it is likely that any radiologist and surgeons will encounter this type of case, and thus should be familiar with both diagnostic and management options.4

In this report, we are presenting a 35-year-old male with a history of a metal jar being placed in the rectum.

A 35-year-old male, working as a panipuri vendor not formally educated, from lower socioeconomic status, married, staying with his wife and 11-year-old daughter, claims to be heterosexual and having sexual relationship only with his wife, preferring vaginal intercourse, premorbidly a shy, self-centered, with fear of going to social gatherings and depends on his wife for taking major decisions, who is otherwise functioning normal with no significant past history or family history or history of psychoactive substance use.

According to him, on full or new moon day, the spirit of his paternal uncle who committed suicide by hanging 6 years back is troubling him by touching and squeezing genitalia, throttling his neck, and inserting hand into rectum, usually while in the fields for defecation, which is against his will, but irresistible and causing profound discomfort to the patient since 5 years.

The patient claimed that the spirit apart from inserting its hands into his rectum started to insert foreign bodies which required medical attention as follows:

The patient attributes these acts to the spirit of his uncle. When family members sought magico-religious remedy, the patient refused to go as the spirit would take him away against his will.

The patient denies voluntary insertion and is totally unaware of the event, denies ideas of obtaining sexual gratification, being the victim of abuse, and seeing or hearing voices as not witnessed by others.

On mental state examination, the patient appeared anxious, delusions of persecution, somatic passivity, and made actions were elicited, and grade one insight, physical and neurological examinations were normal. 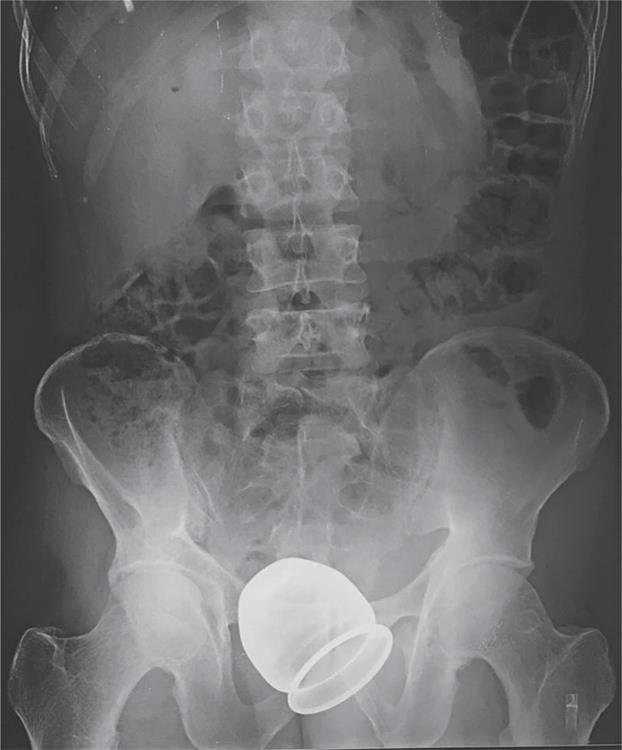 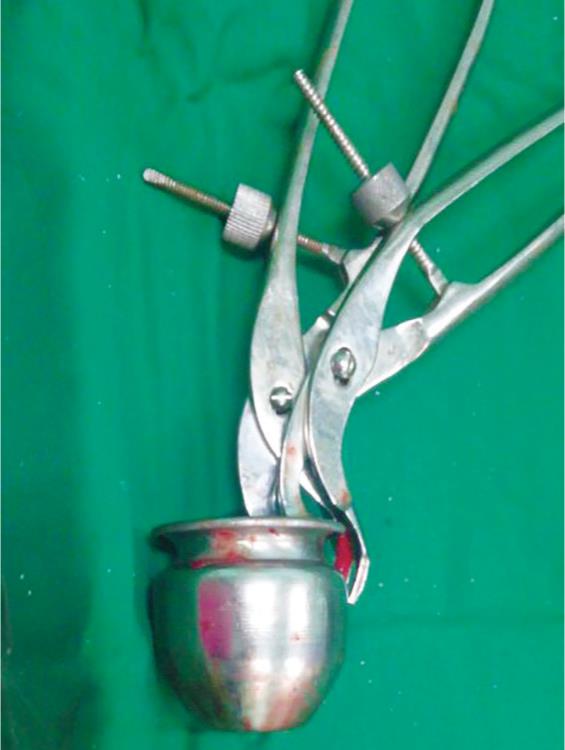 Working diagnosis of paranoid schizophrenia was made, and risperidone 3 mg tablet was started and was called for regular follow-up with family members on an outpatient basis.

Haft and Benjamin were the first to refer a case of foreign body in rectum, which was published in 1919.

Polyembolokoilamania is rarely reported scientifically. Sexual gratification is the commonest, and psychotic processes are implicated in few of them like in our patient.

The insertion of foreign objects into the body appears with some frequency in the medical literature but has been reported in minority in psychiatric patients. This behavior may be because of delusional beliefs or a response to command hallucinations, as well as to commit suicide, especially in schizophrenia. The group of patients with foreign body insertion includes children 75–80%,4 psychiatric patients especially with suicidal tendencies 22.9%,5 substance abusers, prisoners, and most of the foreign bodies that are nonfood related.4

Our patient had history of insertion of a metal jar in the rectum secondary to his psychotic symptoms. Till now, no such similar cases have been reported to the best of our knowledge. There have been few reports of ingestion of foreign bodies involving command hallucination, insertion of nail inside brain to commit suicide by schizophrenic patient,1 patients with depressive disorders and personality disorders such as a provocative/parasuicidal/suicidal behavior, and intellectual disabilities due to lack of judgement.2

Patients usually report to other departments, and the treating clinician should always be vigilant while dealing with such patients as failure to address the underlying cause will very likely lead to increased risk of recurrences.4

Hence, clinicians have to be sensitized and refer the patient for psychiatric assessment, which may facilitate a greater understanding of the patient.6

Polyembolokoilamania is rarely reported scientifically. Sexual gratification is the most common and psychotic processes are implicated in few of them who act on delusional beliefs or as a response to command hallucinations, as well as to commit suicide, especially in schizophrenia. Majority of the patients with foreign body insertion include children followed by psychiatric patients, and most of the foreign bodies were nonfood related; till date, no such similar cases have been reported to the best of our knowledge. The treating clinicians should have increased awareness and sensitive to identify such patients and refer for psychiatric assessment to avoid recurrences.