Histopathological Spectrum of Splenic Lesions in Morbid and Autopsy Specimens

Introduction: The spleen belongs to the reticuloendothelial system and is involved in hematopoietic disorders as much as in infectious/inflammatory and metabolic disorders.

Aims and objectives: To study the spectrum of splenic pathology in morbid and autopsy specimens; to correlate the clinicopathological findings in the former and the possible cause of death in the latter.

Materials and methods: All resected and autopsy specimens of spleen received over a period of 7 years were included in the study. Tissues were routinely processed and stained; immunohistochemistry (IHC) and special stains were performed where indicated. The clinical findings were correlated with gross features and microscopic findings, and the results were analyzed.

Results: Out of 133 specimens of spleen studied, 114 were from autopsy and 19 were surgically resected. Most specimens were from males and in the 3rd decade. Pathology of spleen ranged from the benign cysts and infections to hematopoietic neoplasms like chronic myeloid leukemia and follicular lymphoma, accounting for 4% neoplastic and 96% non-neoplastic etiologies. Chronic venous congestion was the most common pathology in both autopsy and morbid spleens.

Conclusion: The spleen is uncommon among histopathology samples. Most spleens received for histopathologic evaluation are from autopsy, while resected specimens are few and far in-between. Pathological diagnosis helps in better postoperative management, while autopsy studies enhance our knowledge of splenic pathology. Some of the rare lesions reported in this study were follicular lymphoma in a resected spleen and Littoral cell angioma in autopsy.

Splenectomy specimens are rarely received for histopathological evaluation. There are very few studies on the spleen as a diagnostic specimen, and the older literature seem inaccurate in the absence of ancillary diagnostic tools.1 The location of the spleen in the abdomen where it is not protected by a bony cage makes it prone to traumatic injury.2 This study includes morbid and postmortem spleens to determine the spectrum of histopathological findings and to correlate them with clinical features in the former and possible cause of death in the latter.

It is a retrospective and prospective study done over a period of 7 years (November 2010–November 2017) in the Department of Pathology at the RajaRajeswari Medical College and Hospital, Bengaluru. During the study period, out of 133 specimens of the spleen, 19 were morbid specimens and 114 were autopsy specimens. Data regarding age, gender, and clinical details were collected. Gross findings like weight, size, capsule, and any other changes were recorded. The specimens were fixed with 10% formalin and processed. Besides routine hematoxylin and eosin stain, special stains, and immunohistochemistry (IHC) were done whenever necessary. The clinical findings were correlated with gross features and microscopic findings.

A total of 19 splenectomy/morbid specimens were studied in detail. Most of the cases were in the age group of 21–30 years with male preponderance (Tables 1 and 2). Among them, 17 cases (89%) were non-neoplastic and two (11%) were neoplastic (Fig. 1). The pathologic spectrum ranged from benign causes like traumatic rupture, cysts, chronic venous congestion, and inflammatory lesion like abscess to malignant lesions such as chronic myeloid leukemia (CML) and follicular lymphoma (Table 3 and Figs 2 to 8). The two hematopoietic neoplasms diagnosed were CML and follicular lymphoma. The latter was confirmed by IHC (Figs 9 and 10).

The autopsy spleens were a total of 114 cases (Table 4). Of these, 107 (93%) were chronic venous congestion, 2 cases were CML, and one each was littoral cell angioma, abscess, tuberculosis, sickle cell disease, and malaria (Figs 11 to 15).

In our study, out of 19 morbid splenectomy cases, 17 (89%) were non-neoplastic and 2 (11%) were neoplastic and, among 114 autopsy spleen specimens, 111(97%) were non-neoplastic and 3 (3%) were neoplastic. This is in contrast with the studies carried out by D’Souza et al. in which neoplastic cases were 9%.3 A majority of the cases in our study were in the age group of 21–30 years. This is comparable with study conducted by Sarangthem et al. where the highest number of cases was in the age group of 21–30 years.2 Males were affected more in both morbid and autopsy splenectomy specimens which is comparable with studies carried out by Sarangthem et al. In study conducted by D’Souza et al, females were affected more than males. 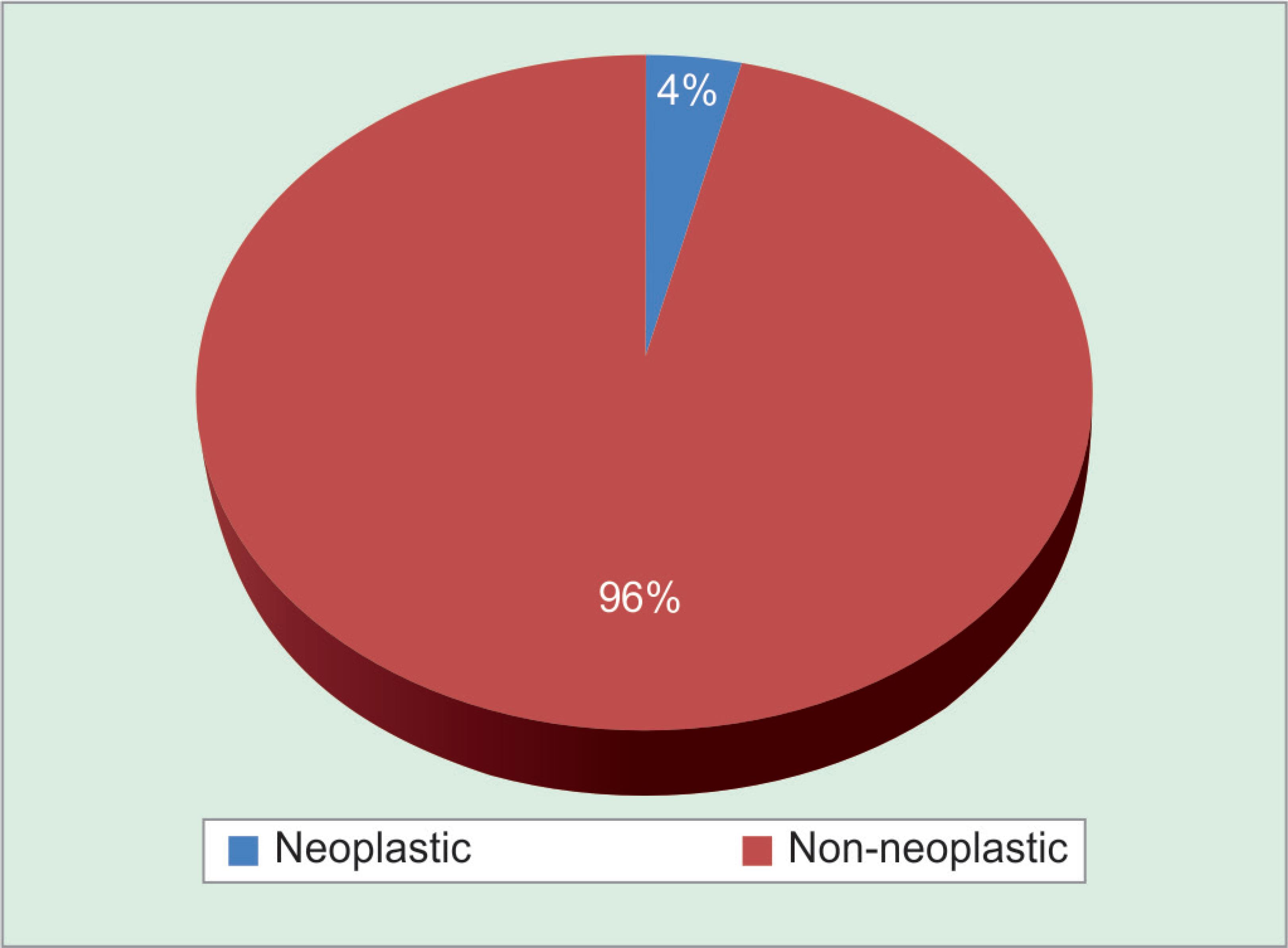 Fig. 1: Non-neoplastic and neoplastic lesions of the spleen 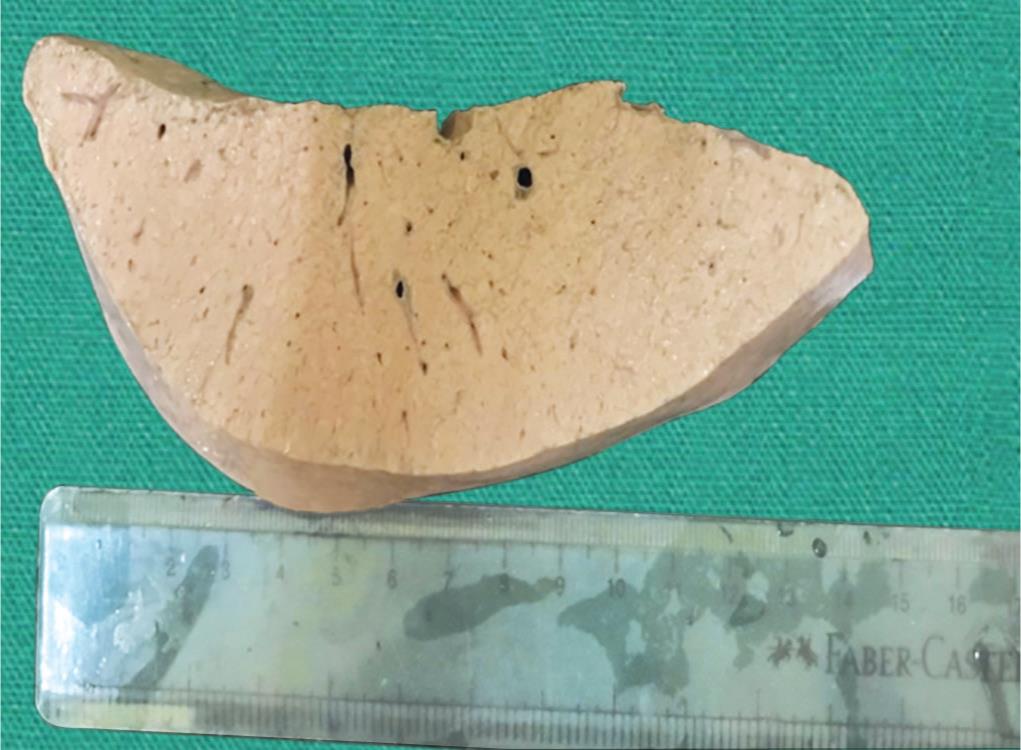 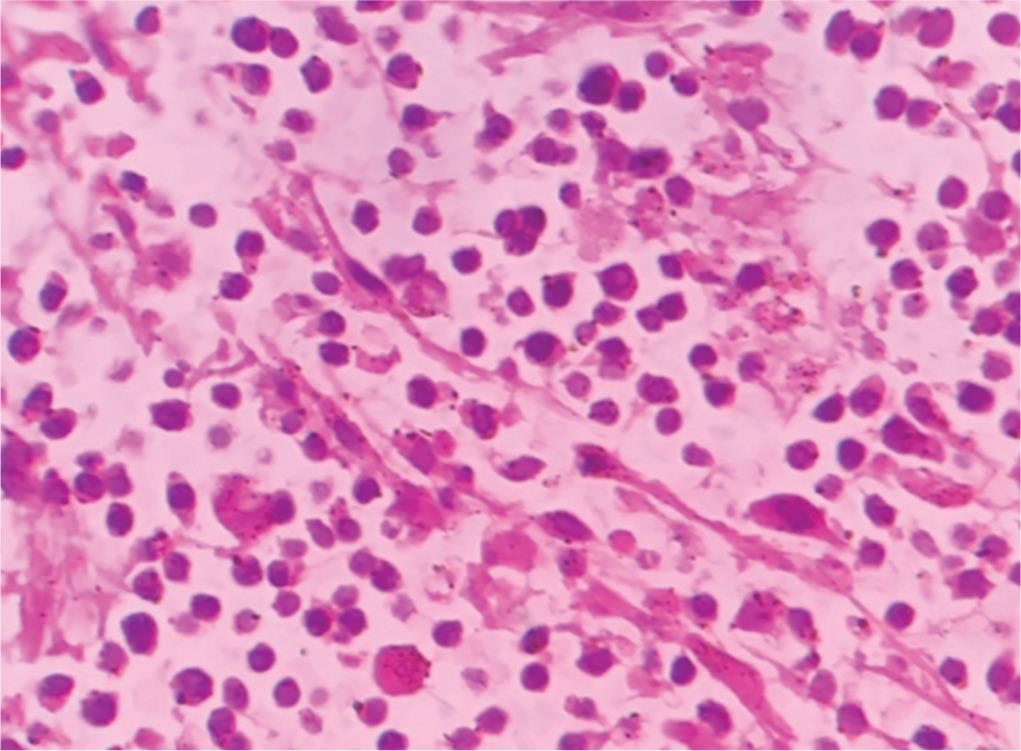 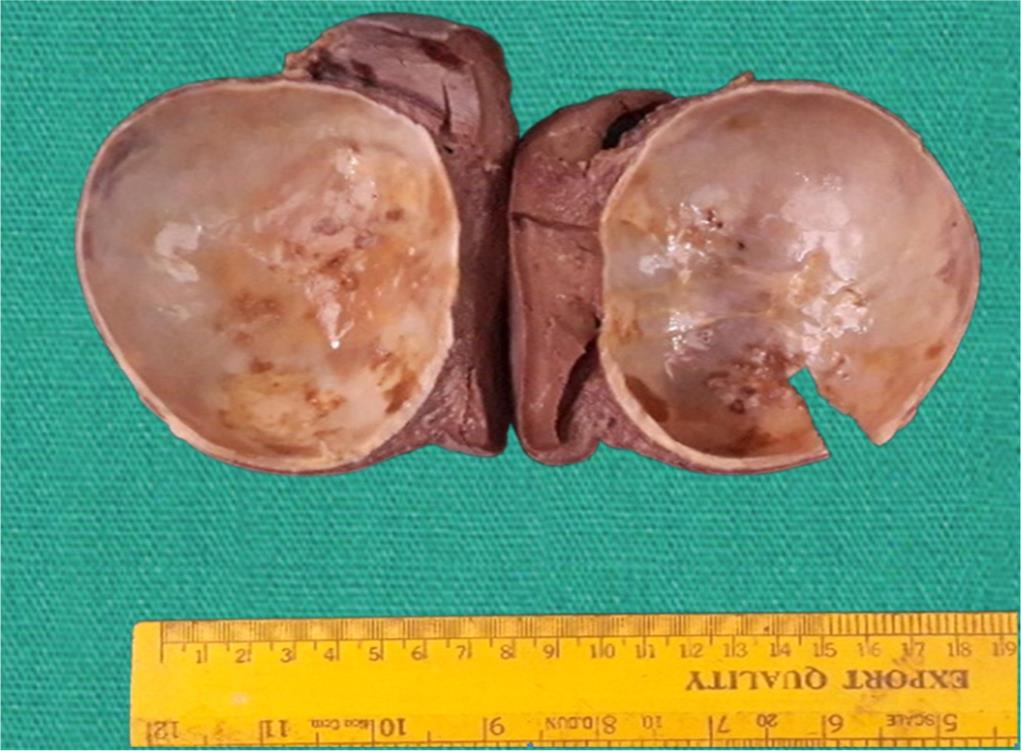 Congested spleen is a major pathological finding in patients with hypersplenism. According to the concepts of Rappaport, there are two pathological mechanisms, one due to hemolytic anemias and another a direct consequence of portal hypertension. Most common pathology in our study is chronic venous congestion (CVC) spleen in both morbid spleens and autopsy specimens.4 We had an autopsy case of sickle cell disease whose microscopy showed congested spleen with sinusoids occluded by sickled RBCs. The spleen has a combined function of immune defense and quality control of senescent red cells. It is the first organ injured in sickle cell anemia. Repeated splenic vaso-occlusion leads to fibrosis and progressive atrophy of the organ (autosplenectomy).5 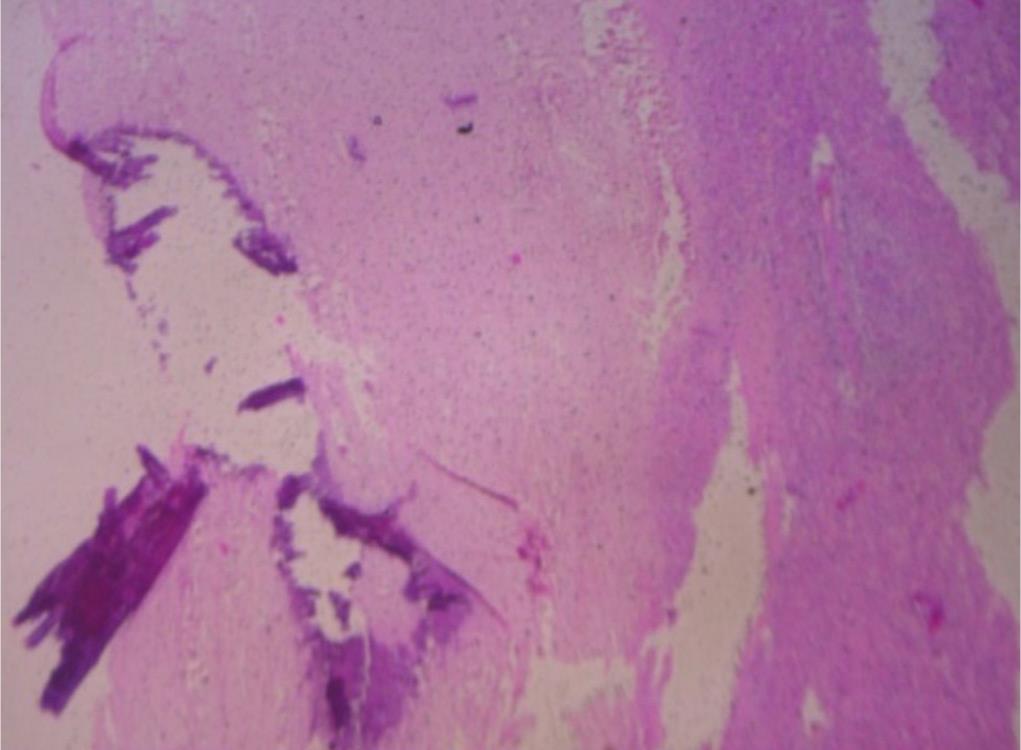 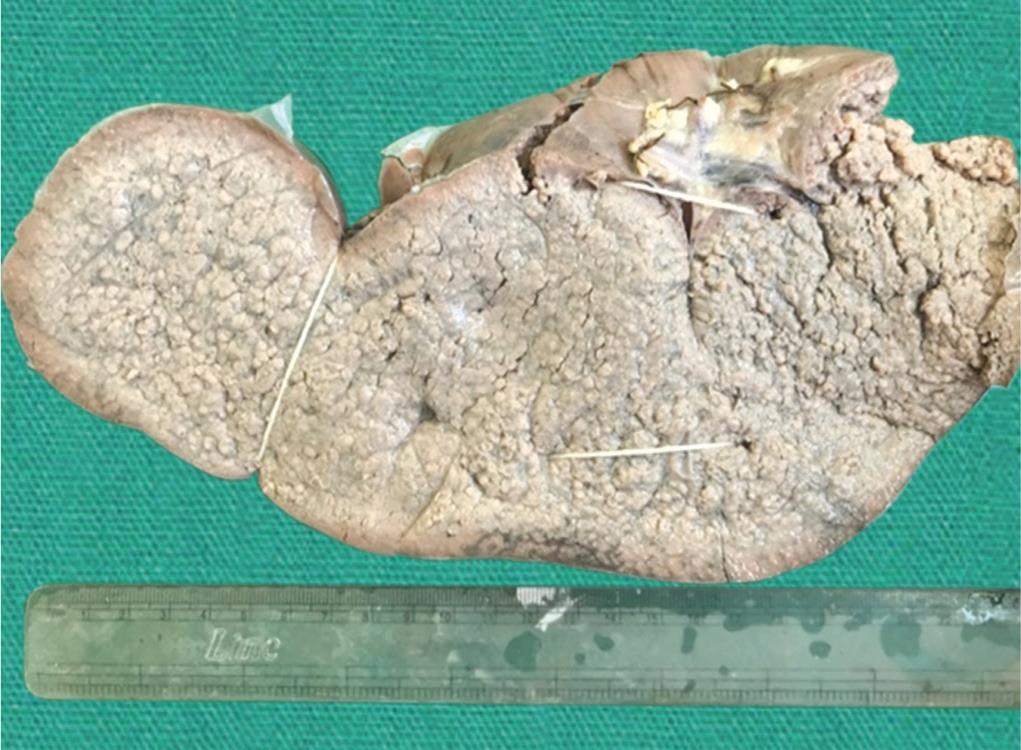 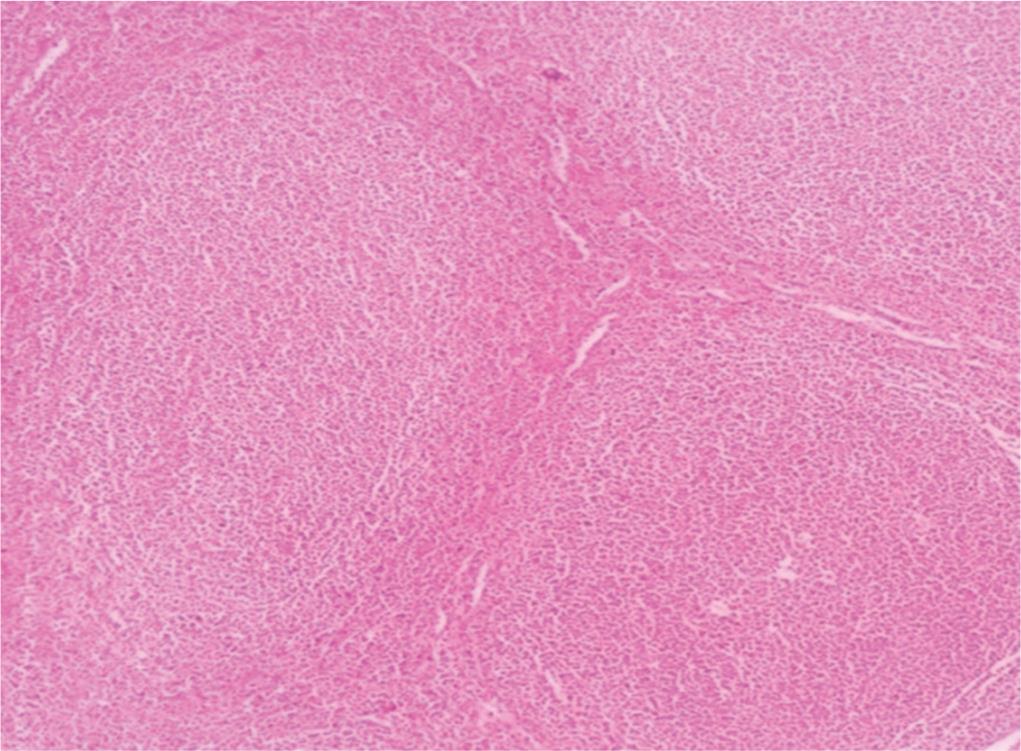 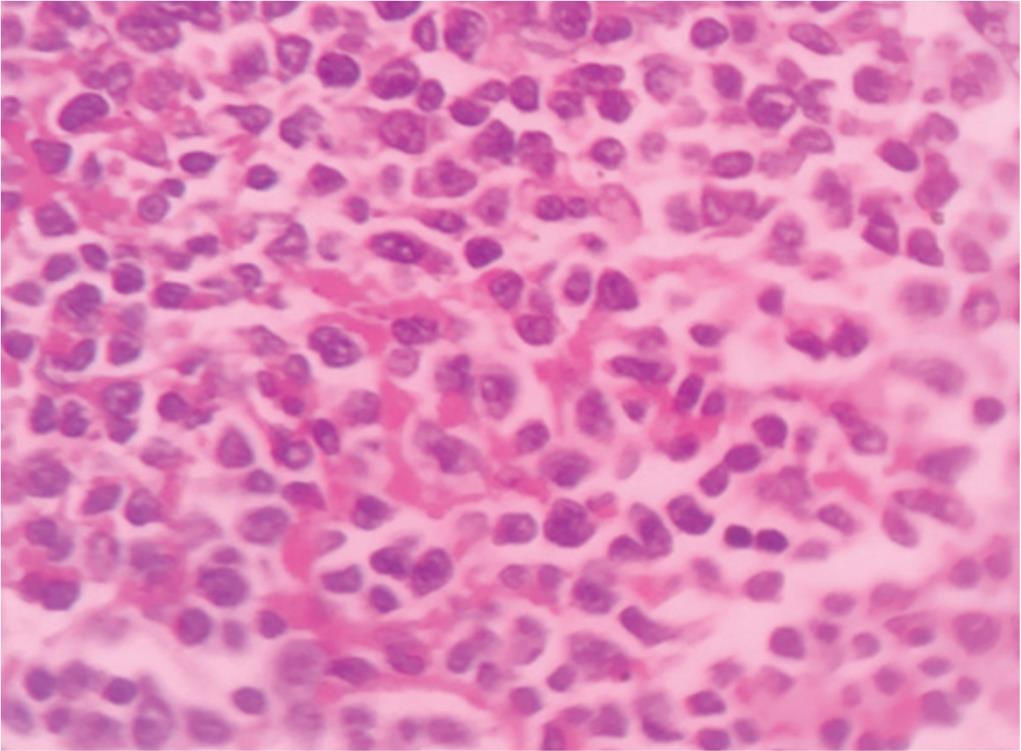 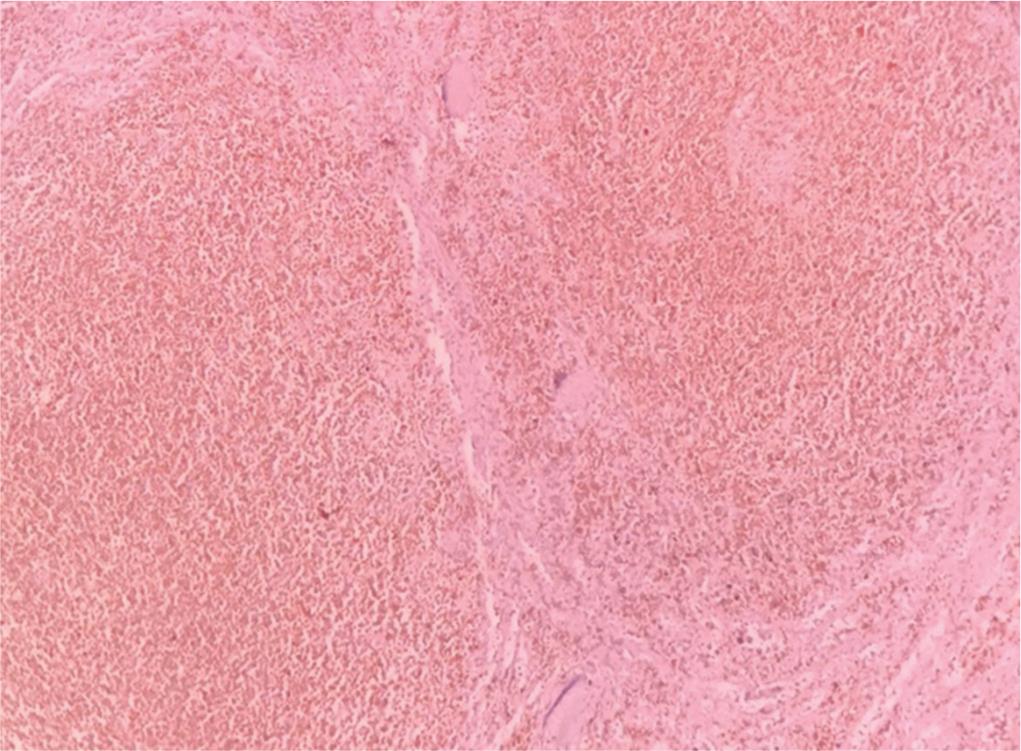 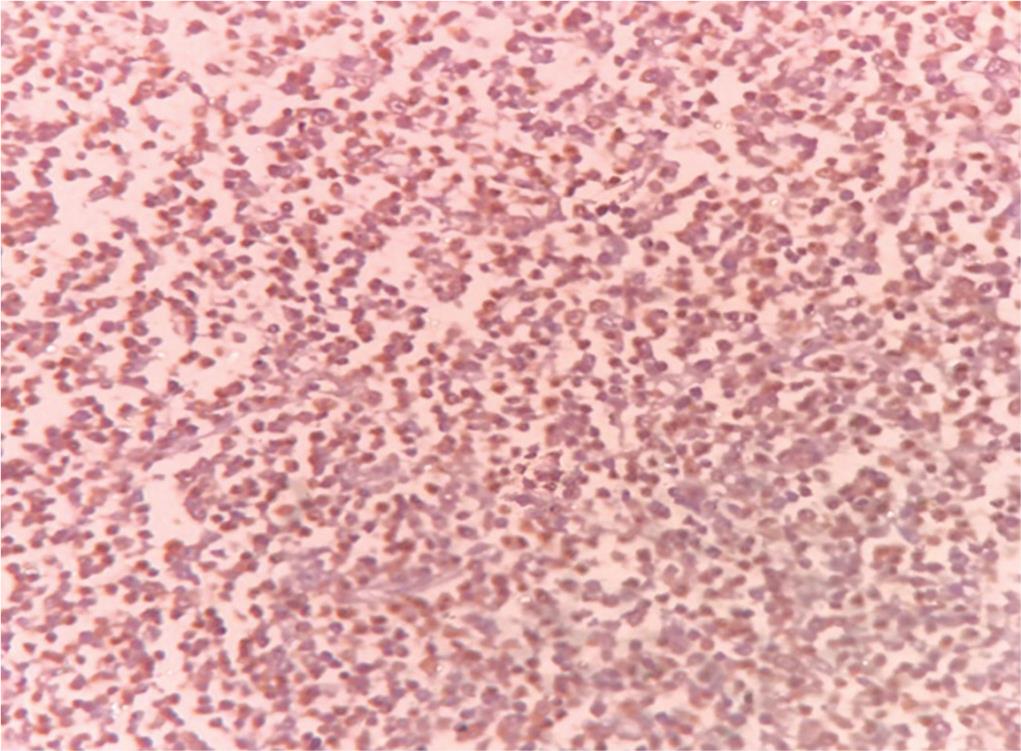 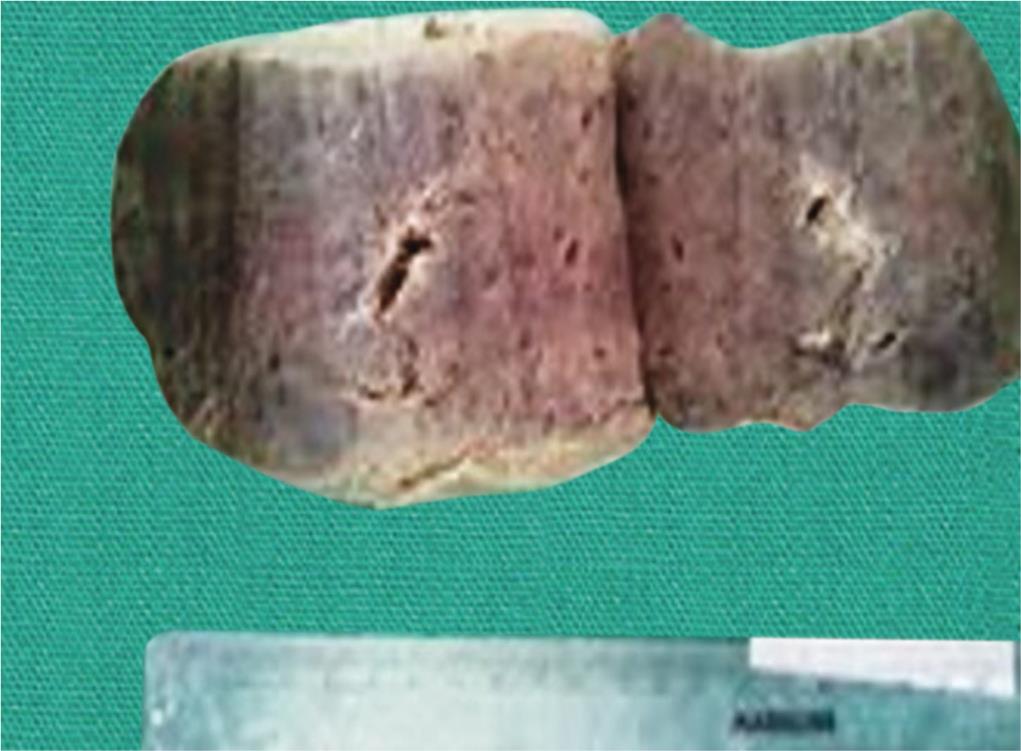 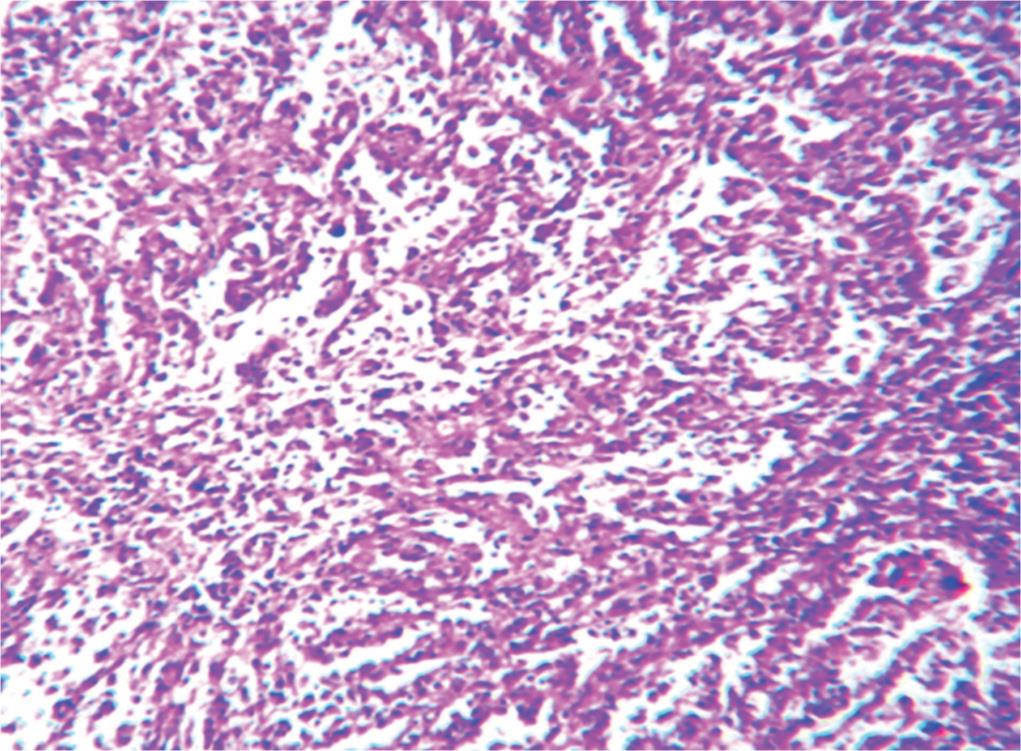 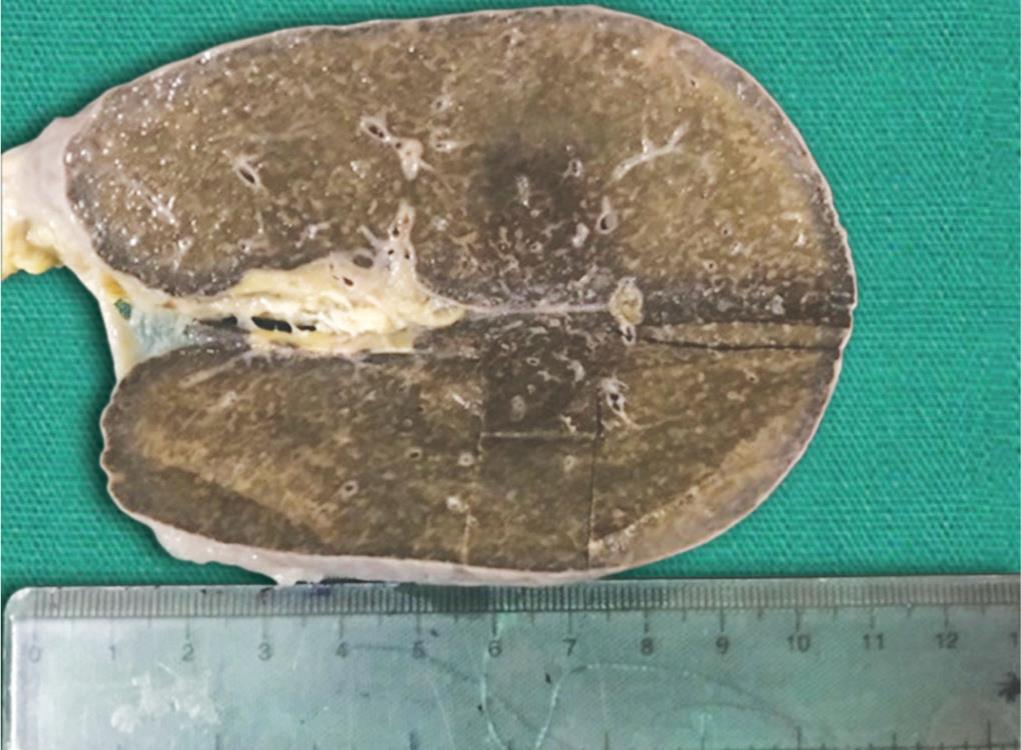 Fig. 13: Cut surface of the spleen with thickened capsule and broad septae in sickle cell disease 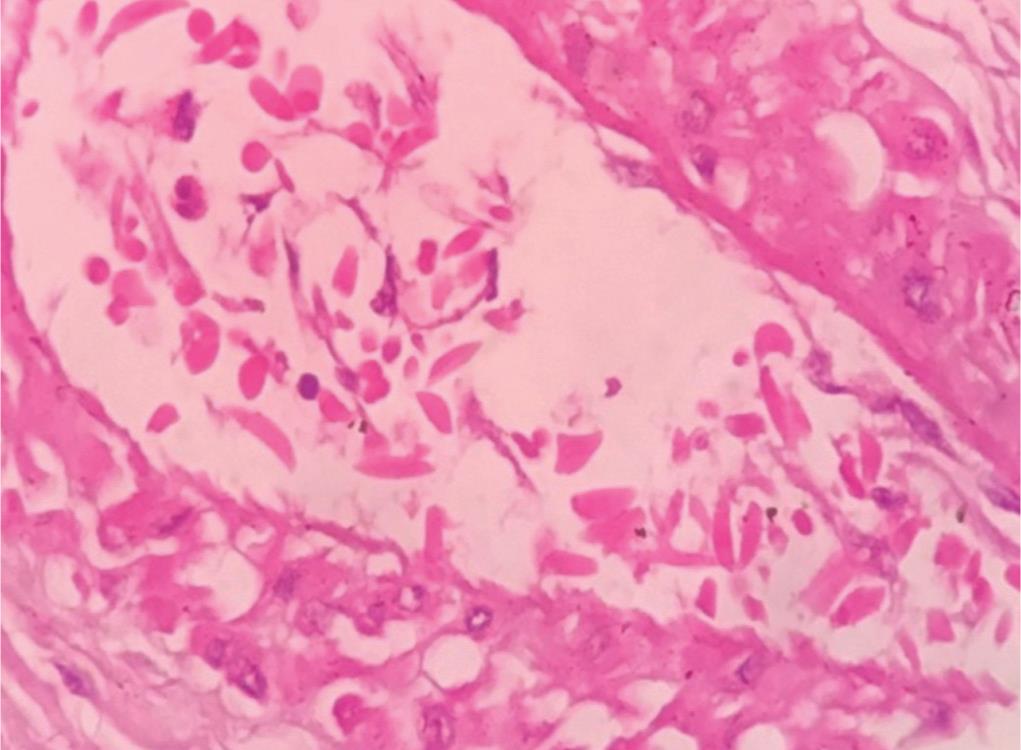 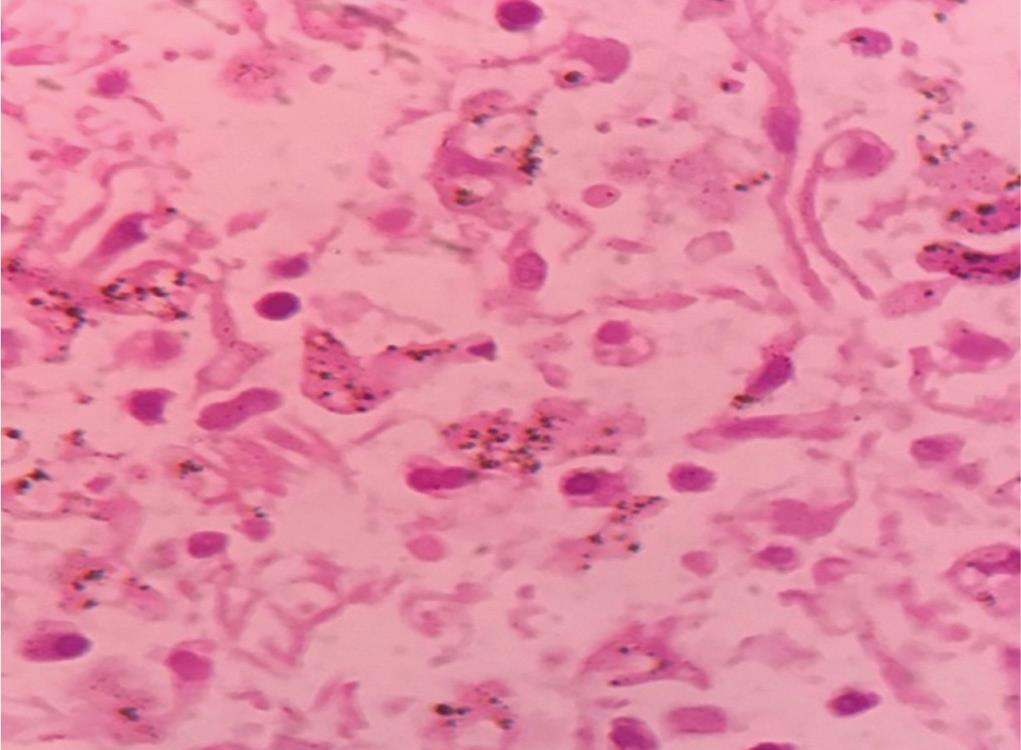 Splenic lymphoma is an indolent form of mature B-cell lymphoma. It is very rare and overlaps with other lymphomas. The hallmark of clinical presentation is splenomegaly and usually becomes symptomatic when the spleen becomes massive and associated with cytopenias.6 We had a case of follicular lymphoma in our study which was confirmed by IHC.

The spleen plays an important role in areas where malaria is common, producing antibodies against the malarial parasite. The splenic involvement in malaria causing splenomegaly makes it prone to complications such as rupture. We had one autopsy case of the spleen where malaria pigment was present in the red cells of splenic sinusoids.7

Splenomegaly is the most common presentation of CML. Usually, the progression of splenomegaly in CML is so slow and insidious that many patients may not be aware of until the spleen has become huge in size. We had two cases of CML, one in autopsy and another in the resected spleen.10

The common splenic pathology reported in our study was chronic venous congestion, followed by abscess, cysts, infarct, sickle cell disease, malaria, tuberculosis and malignant lesions such as CML and NHL. This is in contrast with the studies carried out by D’Souza et al. in which the most common pathology was found to be hemolytic anemia followed by tuberculosis and idiopathic thrombocytopenia.2,3

In conclusion, the most common etiology of splenic pathology was CVC and some of the rare lesions reported in this study were follicular lymphoma in a resected spleen and littoral cell angioma, sickle cell disease, malaria, and tuberculosis in autopsy. Pathological diagnosis helps in better postoperative management of patients, while autopsy studies enhance our knowledge of splenic pathology.